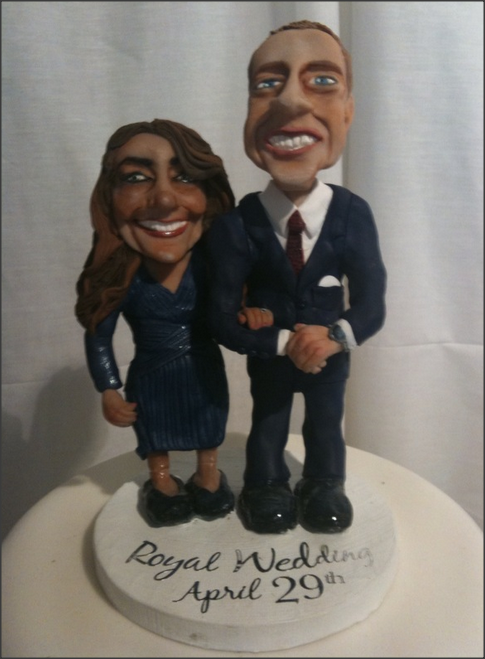 That Royal Wedding thing...wasn't there, do not have the shirt. Seems that there was plenty of cake, though. And very sweet it seemed to be too.

Now for some royal icing...some hard white stuff that the smart folk leave for last in order to keep them fruity. It turns out that CCK'S esteemed bosses spent some time high up in an Arch on the Hyde Park Corner, during Easter-time. They were looking at cakes...Royal Cakes. (Not the actual things you understand... they would have been scoffed up by actual Royals.)

Tate & Lyle, a company that is well known for the processing of sweet things, were responsible for the show, called Let Them Eat Cake. As well as inviting confectioners to recreate the history of Royal wedding cakes, there was a competition which allowed loyal subjects to make their own tribute to the most recent of Grand Unions. Photographic evidence of the prize winners is shown here...

I do hope they got to eat the cakes now the exhibition is over. (More on this subject at a later date!)