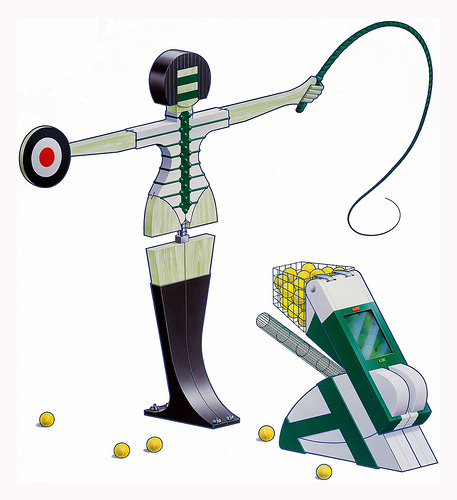 It won’t be long now…the season of love, racquets and balls known as Wimbledon will rally round the the country. As an alternative service, we thought we would put up a seasonal pic. Here it is! And now…CCK staffer Royston has put together the following few words on the subject:

Bristol-born Julian Murphy is unique in his style of artwork in that he specialises in turning inanimate objects into very sexually suggestive pieces. Julian's work, dubbed " Tantric Pop Art" cleverly bridges the mental gap between normal, everyday utensils, tools and devices, and plays with the idea of the viewer seeing them in a more kinky perspective. He has gained many awards and is critically acclaimed around the world for his work, having had many exhibitions and been featured in magazines like GQ, Elle and Design Week.