News & Features"Preaching to the Perverted" 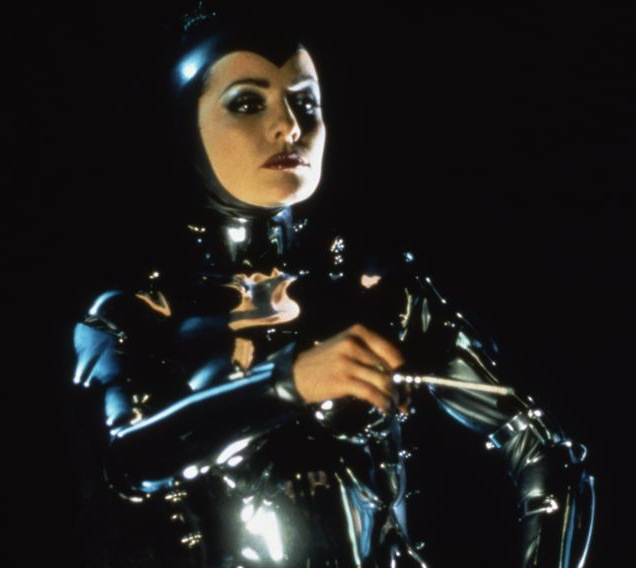 "Preaching to the Perverted", the first mainstream film set squarely on the fetish club scene, which became a cult success after being dropped by the BBC as too racy, is now launching a campaign to raise funds so that it can be digitally restored and revived for the Fifty Shades generation.

Back in 1997 its release did lead to controversy, being the last film of the twentieth century to be banned in Ireland and even being cut for home video rating in the USA in 2003. The BBC had developed but then dumped the project for being un-showable - yet ended up screening it several times anyway! Not only the fetish scene, but LGBT, music and fashion press embraced the film and helped it become an enduring cult hit and additionally there have been tribute clubs or nights in several countries in the fetish and Goth scenes, and burlesque performers being named after the film, the clubs it features and its main characters.

The EL James 'Fifty Shades' trilogy has led to a resurgence of interest in this scene in the mainstream, so the time is ripe for a revival of Preaching to the Perverted! Interest in kinky topics has found 'Preaching to the Perverted' a new audience, but the technology used to make it has meant that a revival on Blu-ray and HD digital download requires extensive restoration work.

In order to fund this, a campaign on crowd-funding website, Kickstarter, has been launched. It aims to raise £18,000 to restore and remaster the 35mm original and for the film to be preserved and reach a wider audience in HD. Unless remastered, the 35 mm original will in time fade and be lost, which we mustn't allow to happen.

"Preaching to The Perverted" is one of a only handful of good movies, accurately depicting the life of the "scene" and the community, and so is of enormous socio-cultural value to all of us.

Coffee, Cake & Kink are proud to support the restoration with £250 worth of CCK vouchers, and add our name to a number of key scene people solidly behind the project.

If you like the film as much as much as we do - or perhaps would like to see the new remastered one - grab this chance to yourself be a part of it! To pledge some funds towards the restoration (with the minimum of just £1) and also have a chance to win some of £2000 worth of fun prizes go to http://www.kickstarter.com/projects/992759722/restore-and-remaster-cult-film-preaching-to-the-pe