News & FeaturesGay characters on the rise in comic books 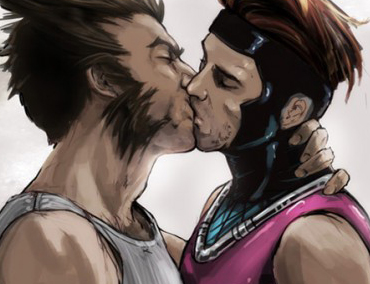 Comic book heroes have been the pedestal of heterosexual white males in print since their creation in the 1930s. It has been a struggle to even include female heroes in comics and have them achieve equal standing to them, let alone ethnic minorities.

Fortunately with time, comic publishers like DC and Marvel have evolved their characters to keep up with the ever-changing times of society. The current and possibly last demographic to get their moment in the spotlight is the LGBT community. Still hurting for recognition, gay characters in comics are still few and far between, but they are growing.

The 1990s saw the rise of one of the first openly gay mainstream superheroes: Northstar, from Marvel's Alpha Flight team. DC comics took a bit longer, but they too produced two noteworthy gay heroes: Midnighter and Apollo, who were effectively alternate universe versions of Batman and Superman respectively. These characters were so well-written and fleshed out as characters that the comic received an award from the Gay and Lesbian Alliance Against Defamation.

Marvel continued its evolution of its universe with the creation of the 'Ultimate' series, which saw a number of its trademark heroes changed radically form their original iterations, seeing characters like Nick Fury changed from a 'mature white dude' to someone who looks a lot like Samuel L Jackson (a role he was happy to reprise in the live-action films), a younger version of Colossus from the X-men is now gay, and a mixed race Spiderman.

And with the recent addition of a new Lesbian Batwoman as the first gay female mainstream superhero, you could say the future looks bright for the LGBT community in comics.

Get sosogay's take on it here.