MagazineBlack Swan: close up and in a cinema near you 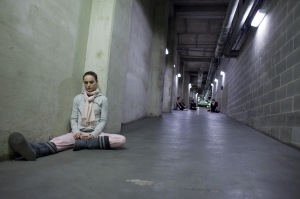 Black. Swan. Once those two words are out there, you are hooked. You don't have to know about the other films the director (Darren Aronofsky) has made, and you don't need to have seen them. You don't need to be a fan of Natalie Portman, the star of this particular film. You don't even need to be a fan of Swan Lake (the popular ballet frames the arena in which this pic is set). However, if you are up for seeing an interesting flick - and an acclaimed portrayal of a dancer in disintegration, Black Swan should draw you to the theatre with ease.

Some of the posters trailing the movie show the words Black Swan underneath an image of Ms Portman 'in character' as the White Princess. It's a neat way of showing what's at the heart of the chills and spills, which is this: you're challenged to perform two contrasting dance roles in one production. It's challenging because the 'dark side' of one role is outside your comfort zone. Do you accept the challenge? And what will it cost you? Well, art isn't easy, and of course you accept. This means cinema-goers have the double pleasure of watching the progress of Nina, the ambitious member of a American ballet company, as well as marvelling at the dedicated (and now award-winning) performance given by Ms Portman as Nina.